Madison Jeffries and his younger brother Lionel were born somewhere in Canada to as yet unmentioned parents. During puberty, both Jeffries brothers developed mutant transmutation powers. While Lionel relished in his power over organic materials and flesh, Madison hated his ability to manipulate inanimate matter and machines, and tried to avoid any use of it. As they grew up, Lionel used his powers to become a doctor and a skilled surgeon, while Madison preferred to stay in menial jobs like ditch-digging or basics mechanics.

Despite their differences, Madison and Lionel enlisted in the United States Army during a war, as a mechanic and medic respectively. Tragically, their unit was struck by a bomb blast that killed all the other soldiers present, gruesomely scattering their bodies. Lionel Jeffries tried to bring back his friends using his power, but even his transmutating ability could not bring back the dead. He

drove himself hopelessly insane trying to do so and became Scramble, the Mixed-Up Man. Madison had to forcibly restrain his brother and made arrangements to keep him locked up in a sanitarium at Montreal General Hospital. To keep him from using his powers, Scramble was denied any human contact, fed intravenously and constantly held in an all-encompassing straightjacket. [Alpha Flight (1st series) #30]

Jeffries’s experiences at war and the loss of his brother led to him spending time in the V.A. hospital after he returned from abroad. It was there that James MacDonald Hudson located Jeffries as a potential recruit for Department H’s superhuman programs. [Alpha Flight (1st series) #89] 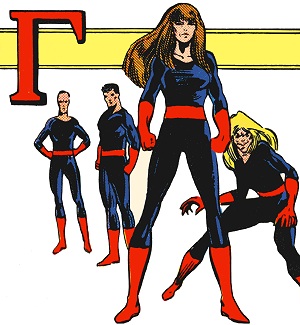 For the next months, Madison Jeffries returned to a simple life digging ditches. One day, he was sent a plane ticket and $1000  cash by former Beta Flight member, Roger Bochs, to come visit 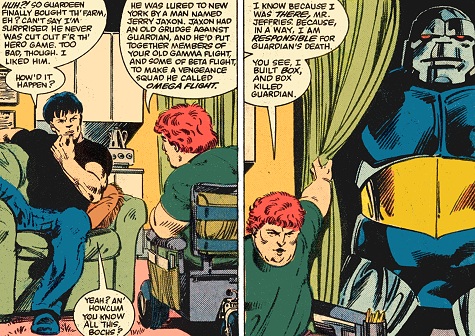 him in Moosejaw, Saskatchewan. When he arrived at Bochs’ place, Madison learned that his former Gamma Flight teammates had been hired by an artificial woman named Delphine Courtney to work as Omega Flight Flight for Jerome Jaxon, an old enemy of James Hudson. Bochs also explained his unwilling role in Guardian’s death – his “Box” robot had been commandeered by Jerry Jaxon as the instrument of James Hudson’s demise. To ensure no one could ever take over the robot from him again, Bochs wanted Jeffries’s assistance in repairing and upgrading Box. [Alpha Flight (1st series) #16]

Madison Jeffries agreed to work with Bochs and together they created a new variation of Box’s “living metal” armor that allowed Roger to physically merge himself into the robot. This symbiosis was keyed to Bochs’s genetic code, providing a failsafe against misuse by anyone else. [Alpha

Flight (1st series) #22] Box joined Alpha Flight shortly after his modifications were complete, but Jeffries did not meet up with the group until several weeks later, after the return of Omega Flight.

Hearing of their return, complete with the Delphine Courtney robot dressed up as a “dark” Guardian, Jeffries sought out his former teammates  from Gamma and stopped them as they fled 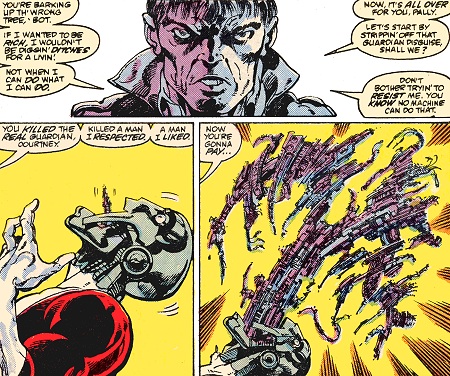 from their battle with Alpha Flight. Jeffries single-handedly disabled Omega Flight with his transmutative powers and used his abilities to gain vengeance for James Hudson by forcibly turning Delphine Courtney inside out, destroying the robot for daring to pose as the good man Jeffries remembered. He also had a regretful reunion with Lil. Although Madison correctly reasoned that Courtney must have been using some sort of behavior influencer to make his Gamma teammates become as hateful as they did, he knew that they still had to answer for their part in Hudson’s murder. He used his mechanical constructs to contain Lil and Omega Flight before turning them over to the authorities. [Alpha Flight (1st series) #28]

Not knowing the history behind Lionel and his powers, Heather saw it as her duty to seek out other super-powered recruits for Alpha Flight and located Lionel at Montreal General Hospital. Her visit accidentally unleashed Scramble the Mixed-Up Man on the hospital staff, forcing Madison Jeffries and Alpha Flight to come to their rescue. Jeffries was forced to face his brother once 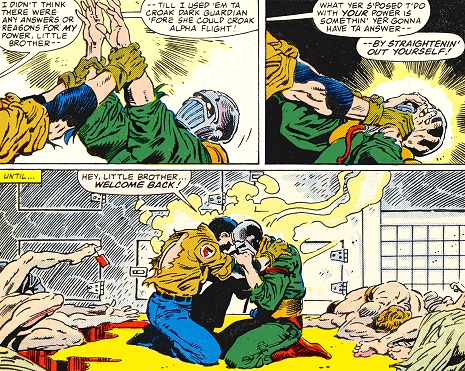 again, as they attempted to turn their powers on one another. Locked together in a transmutative circuit, Scramble’s power was turned back on him as he used Madison’s “sane” brain as a template to undo his own madness. Seemingly cured of his insanity, Lionel restored the people he had deformed and the brothers Jeffries were reunited. [Alpha Flight (1st series) #30]

Thanks to his ongoing displays of skill and bravery, Heather Hudson nominated Mr. Jeffries for full membership in Alpha Flight and he graduated from tinkerer to hero. [Alpha Flight (1st series) #41] In one of his first outings as a full Alphan, Jeffries was mind-controlled by Kara Killgrave, the teenaged Purple Girl, who had just discovered her pheromone-based powers and crossed paths with Alpha Flight. The misguided Kara fled from Mansion Alpha with Jeffries under her control and 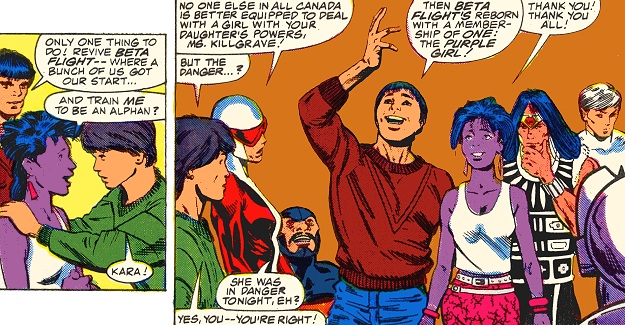 forced him to indulge her every whim on a shopping spree through downtown Toronto. After being caught by the criminal Auctioneer, the Purple Girl and Jeffries needed Alpha Flight to get them out of trouble. Once freed from her control, Jeffries carried no grudge against Kara for her immaturity. Indeed, when Kara was inducted into the new Beta Flight for training, Mr. Jeffries personally promised her mother that he would look after Kara during her time with Alpha. [Alpha Flight (1st series) #42] 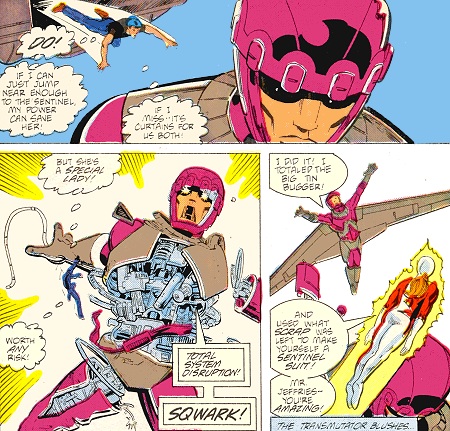