Roster Information
A Dream is Born
Nightmares in Red & White
The Rise and Fall of Canada’s Premiere Super Heroes
Dream Queens and Sorcerers
No Future: The Death of a Dream
Alpha Flight, Lies and Videotape
The All-New, All-Different Alpha Flight
Dreams Never Die

A Dream is Born 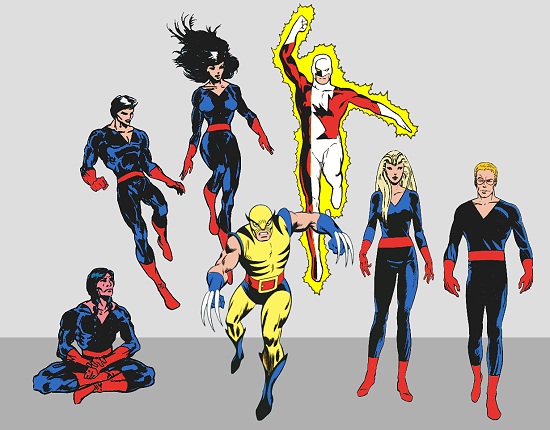 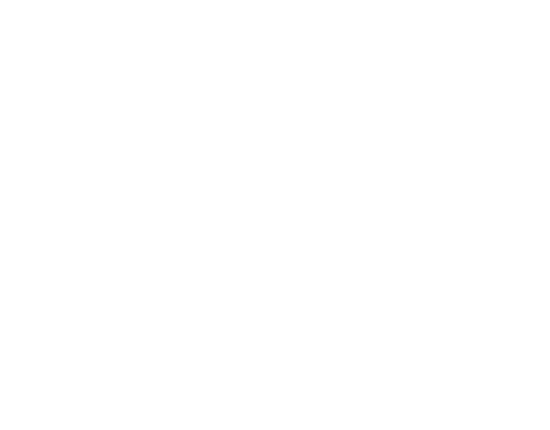 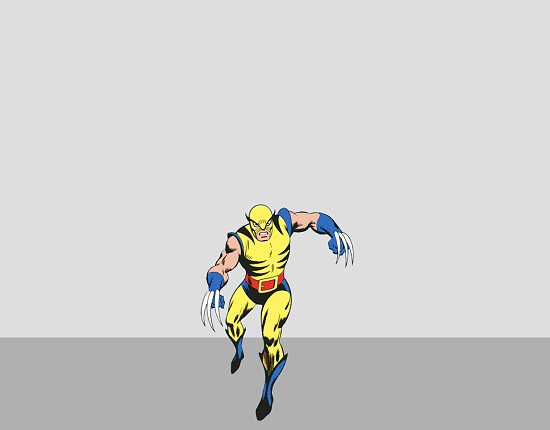 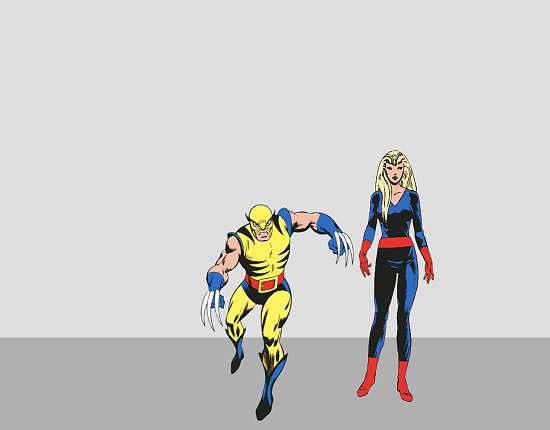 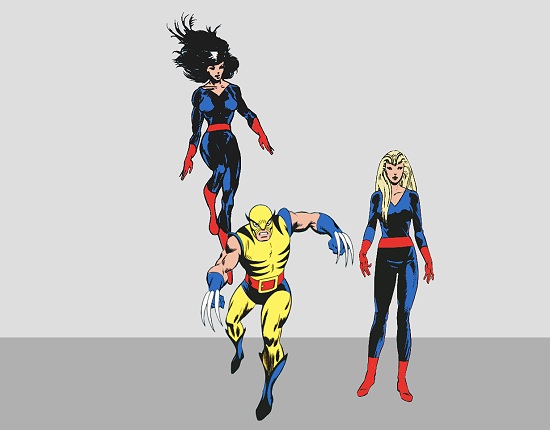 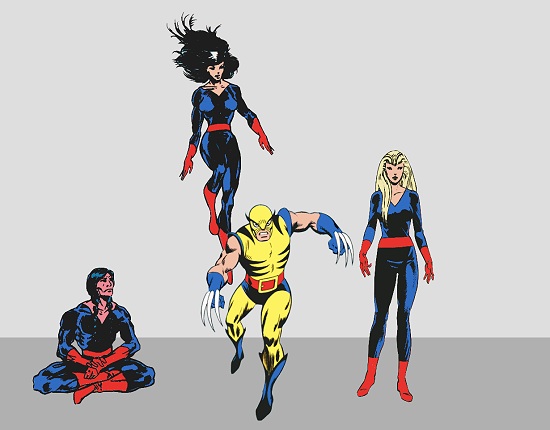 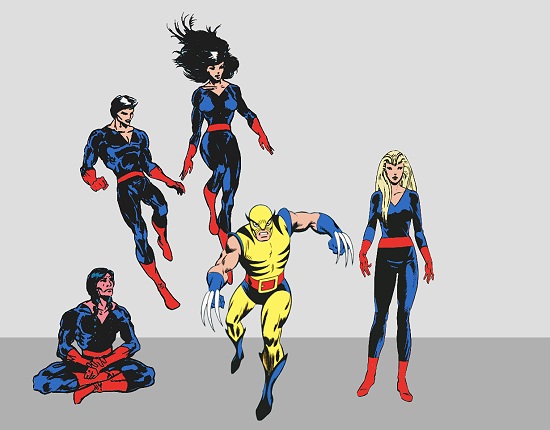 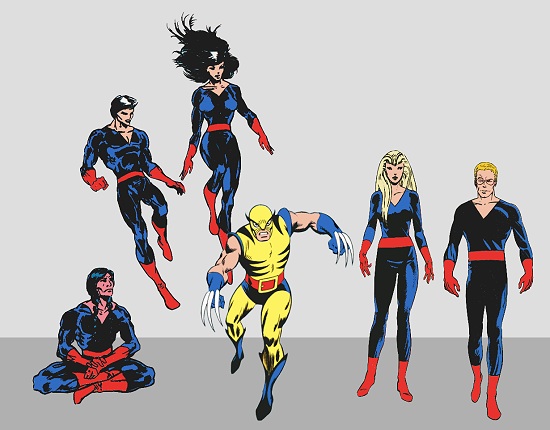 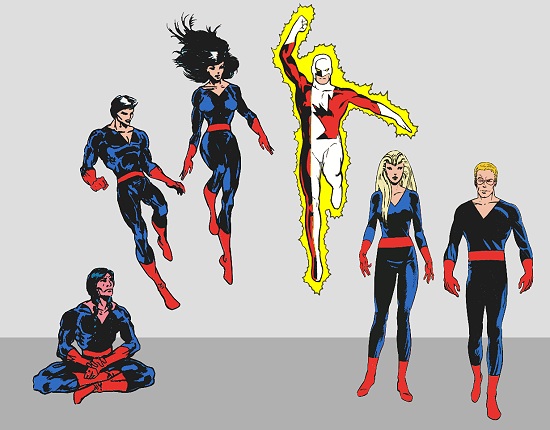 James MacDonald Hudson had a dream - a dream of creating Canada’s own national super team like the United States’ Fantastic Four and Avengers. Using his own cybernetic exploration suit, which he designed, he took his proposal to the Canadian government, which agreed to fund his project, dubbed Department H. [Alpha Flight (1st series) #2-3, Alpha Flight (1st series) #52]

Mac began his search for super-beings to be inducted into Department H - the first being Wolverine, whom Mac and his wife, Heather McNeil Hudson, encountered while on their honeymoon. A savage and brainwashed man, Logan was restored to his humanity by the Hudsons. [Alpha Flight (1st series) #33-34]

Two others instrumental in the formation of Department H and Alpha Flight were Gary Cody and General Jeremy Clarke. Gary Cody was Alpha Flight’s very first government liaison. Although Gary was supportive of Alpha Flight and tried to be their friend, he was bound by his obligations to the government, and eventually grew suspicious of Alpha Flight. He was assisted Kerry Patrick, who would eventually become Alpha Flight’s government liaison as well. General Clarke however hated super beings and, although working behind the scenes in the early years, did what he could to control the team, having influence on the bio-chips that many of the early members wore. He would go on to become their military liaison and later the Department H coordinator, much to Alpha Flight’s dismay. [Alpha Flight (1st series) #92]

Dr. Walter Langkowski came to the attention of Mac via the Canadian government, as Walter was doing experiments into gamma research. Mac provided Walter with a laboratory in the Arctic Circle, while Walt began to help Mac in a scientific capacity at Department H, examining and evaluating potential recruits for the Flight Program. [Alpha Flight (1st series) #10]

Given the relative failure of the first Flight mission, Hudson and Department H developed a three-tiered training system - where recruits would usually start at the bottom tier (Gamma Flight), before moving onto additional training (Beta Flight), and finally ready for active heroics (Alpha Flight). Weapon Alpha, Snowbird, Aurora and Shaman were the first members of the official Alpha Flight team, joined by Walter Langkowski as Sasquatch and Aurora’s twin brother Northstar. [Alpha Flight (1st series) #92] It would appear that they alternated between their blue and red training uniform, and their individual costumes during this period. Given the cockiness of Smart Alec, the instability of Wild Child and the inexperience of Marrina, they did not make the cut for Alpha Flight and were placed in Beta and Gamma Flight alongside several other new recruits. [Alpha Flight (1st series) #1]

Now known as Vindicator, Mac assembled his five teammates under the order of the Canadian government for their first public mission – retrieving Wolverine. Alpha Flight forced the X-Men to land their plane in Calgary and then demanded for Wolverine to be released into their custody. Not interested in a fight, the X-Men split up and tried to lose their pursuers in Calgary, but Wolverine and Nightcrawler were captured before reaching the meeting point. Looking for their friends, the X-Men found Alpha Flight and a battle ensued, during which Shaman accidentally created a blizzard that endangered the lives of thousands. Both teams stopped fighting as Storm safely dissolved the blizzard.

Not wanting to drag his friends into his own conflicts any further, Wolverine agreed to return to Department H with Alpha Flight in exchange for the X-Men being allowed to return home. However, en route back to Department H, Wolverine escaped from his transport and made it back to the X-Men. Although Alpha Flight were ready for another attempt at capturing Wolverine, the Canadian Prime Minister made it clear to Vindicator that Wolverine was no longer a priority for them, as the teams had caused major damages all over the city. The Prime Minister also warned Hudson that, if having a national super team would mean the government would have to keep absorbing such liabilities and damages, then the cost would ultimately be considered as too high. [Uncanny X-Men #120-121, Classic X-Men #27]

Sometime later, when the Hulk entered Canada territory, Sasquatch was dispatched to deal with the green goliath. The battle resulted once again in severe damages, but Sasquatch got the Hulk to return to the United States. [Incredible Hulk Annual #8] Soon thereafter, Department H received an anonymous report framing the Machine Man for the attack, claiming that the robot had hypnotized the Hulk into rampaging in Canada. Sasquatch, Aurora and Northstar were sent to the United States to investigate, and they soon tracked down the Machine Man. Engaging the robot wonder, Sasquatch learned that he was not actually evil, but rather occupied with his own mission - locating his arch-enemy, Madame Menace. Witnessing an attack of Machine Man on some of Menace’s field agents, Northstar and Aurora thought he was attacking civilians and tried to stop him. This misunderstanding led Machine Man to attack Sasquatch and, when he realized his error, he quickly departed. The three Alphans returned home when a Canadian agent found evidence that the anonymous report had been made up by an over-ambitious US senator, wanting to further his own political gain. [Machine Man (1st series) #18]

At the same time, the other half of Alpha Flight was in the woods near Hudson Bay to deal with a kidnapping case. Vindicator, Snowbird and Shaman were soon joined by Nightcrawler and Wolverine, who had returned to Canada to make peace with Alpha Flight and had gotten their whereabouts from Mac’s wife, Heather. The information Vindicator had about the kidnappings reminded Wolverine of the mythological creature called the Wendigo. Logan had once encountered the Wendigo – a normal human being who has become cursed into becoming the creature after eating human flesh. Soon, the five heroes found the Wendigo, or rather the other way around, and they attempted to take the creature down.

As Nightcrawler and Vindicator both received minor injuries, and Shaman was busy containing a fire, only Snowbird and Wolverine were left to deal with the opponent. Tension had mounted between Snowbird and Wolverine since Logan’s resignation from Department H, but they worked together in tracking the Wendigo through the woods. Wolverine battled with the Wendigo for some time, and they were soon joined by the others, but none could take the Wendigo down - until Snowbird transformed into a literal wolverine herself. She savagely attacked and defeated the Wendigo, but the bloodlust of the wolverine Snowbird had become took over and she had to be coaxed back to her default form by Wolverine. Shaman was then able to magically return the Wendigo to his human form.

Wolverine and Alpha Flight departed as friends and, shortly after, Vindicator was summoned to the Prime Minister’s office. Unfortunately, despite Alpha Flight’s successful capture of the Wendigo, the Prime Minister announced that Alpha Flight was to be disbanded, his reason being budget constraints and Parliament felt that super heroes were a luxury the government could no longer afford. The Gamma and Beta Flight teams were disbanded also, and it would appear that Alpha Flight scattered to the four winds. It seemed that Hudson‘s dream was over before it had begun. [Uncanny X-Men #139-140, Alpha Flight (1st series) #1]