First Floor: The first floor of the mansion was not unlike any other average mansion, as it consisted of the main entrance to the mansion, a large kitchen and dining room, a large library, informal sitting rooms, Charles Xavier’s personal space, as well as his office and a grand staircase that led to the second floor. However, the main Cerebro terminal was also on the first floor - something not all mansions can boast to owning. 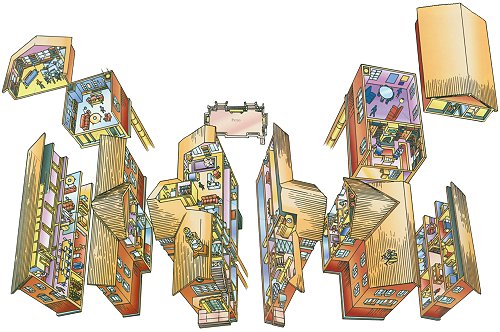 (Click on the image to open a bigger version of the
mansion’s layout in a second window.)

Second Floor: The second floor is mainly comprised of living quarters for the many X-Men and later the New Mutants, who lived at Xavier’s. At times, the X-Men had one wing, while the

New Mutants had another. On other occasions, it seemed liked one wing was for the men, the other for the women. Each person was allowed to decorate their living quarters to suit their taste. Best friends Kitty Pryde and Illyana Rasputin even shared quarters. Xavier also has living quarters on the second floor, directly above his ground floor space. Bathrooms were plentiful and scattered throughout both wings. Much later, though, with two teams of X-Men and X-Force temporarily residing at the mansion, things got rather crowded. 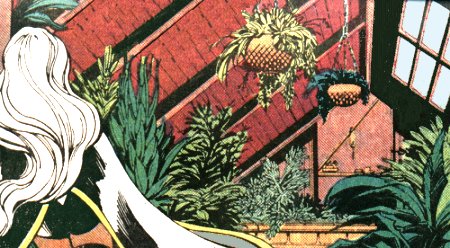 The Attic: The only member of the X-Men who did not sleep in the quarters was Storm, who instead had a much larger space in the attic, where she was able to keep an exotic array of plants and flowers. [first seen in X-Men (1st series) #109] Through a huge skylight she could enter and leave without having to pass through the entire building. The attic also held a large playroom and much storage space. 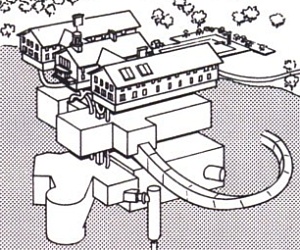 The Basement: The first sub-level of the mansion served as a regular basement - a large book storage, space to store unneeded furniture, a large laundry room, hot water cylinders, oil heater and fuel supply’s, the auxiliary generator and wine cellar. There was also a psi-shielded room, the so-called Z’Nox chamber, where Xavier spent weeks in isolation to prepare for an imminent alien invasion. [first seen in Uncanny X-Men #334] Situated in the basement, as well were the main computer memory and the Shi’ar back-up power supply.

was decked out with various labs - chemical, physics, and electronics, as well as large medical research and operating rooms. A 25-bed recovery room, and robotics research development rounded out the first side of the sub-basement. The second side was comprised of a regular gymnasium, pool, artificial sun deck, sauna, steam room, massage room and showers. Additionally, the high-speed personnel transport rail cars were linked from this sub-basement to the hanger bay.

Sub-Basement - Level Two: The second sub-basement had a lot of Shi’ar technology added into it, and was full of various defense mechanisms to support the powerful technology. One of the main aspects of this level was the famous Danger Room. Whereas the original Danger Room was on the mansions first floor, the second, improved one was much larger and had Shi’ar technology weaved into it to create very-real situations to test the X-Men and New Mutants’ battle strategy and teamwork. The Danger Room was restricted access and clearance was needed to get into it. The rest of this level was comprised of the important Ready Room and mission planning facilities like a small library, Cerebro and crime files which were on back up computers, and emergency reserve living quarters. 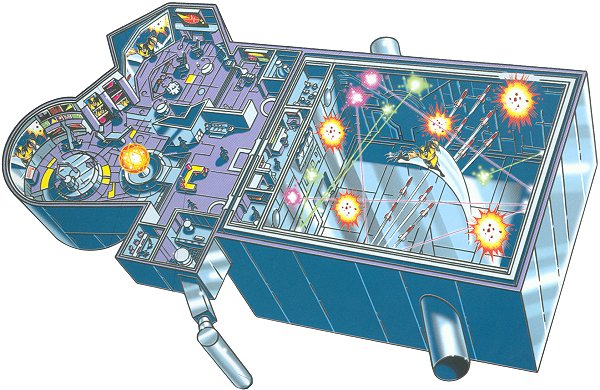