The new mansion is of a totally different design, it and the adjunct buildings forming the shape of an ‘X,’ now including additions such as an atrium and an observation tower. Cyclops and Emma Frost, as the headmasters of the Institute, have their own offices, as does Xavier. The Mansion retains the same classic feel that it always had in the previous design, and is still equipped with advanced Shi’ar technology. Many features, such as the Olympic sized swimming pool, stables and boathouse remain, though some new ones include the hedge maze, and the Phoenix Memorial Statue, in memoriam of Jean Grey. 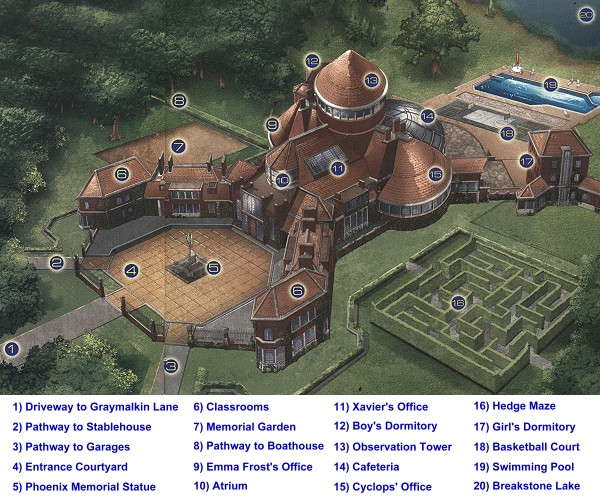 As with the original mansion, the X-Men are allowed to personalize their living quarters. However, the students are required to share dorm rooms, such as Wallflower and Wind Dancer, both who have become good friends and don’t mind the situation. Sometimes, though, the students who are forced to share rooms are not as close, which often leads to conflict and misunderstandings. Dust and Surge are a good example of that. 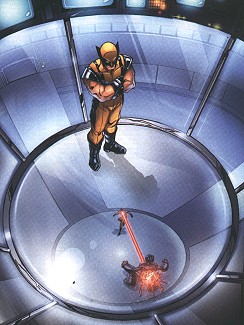 In the new mansion, nothing is the same anymore. Everything has been updated and modernized. For example, the new and improved Danger Room has now an observation hub on top of the room, from where the entire room can be observed, as opposed to the control booth of the old room that was built into one of the side walls. 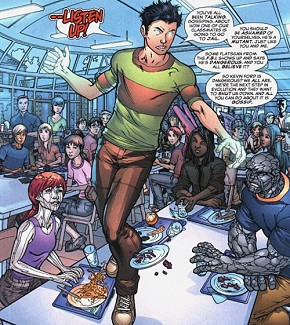 There’s also a cafeteria to feed the large student body, built under a huge glass dome. The old mansion was not suited at all to handle this many people’s different needs, but there are no such problems with the new cafeteria anymore.

Over the years, the mansion has been home to quite many people. It is owned by Professor Charles Xavier, founder and former mentor to the X-Men, who grew up and originally lived there with his parents, Dr. Brian and Sharon Xavier, and later on with his mother’s second husband, Dr. Kurt Marko, and his stepbrother, Cain Marko. About two decades later, Charles invited his lover, Amelia Voght, whom he had met in India, to live in the mansion with him, which she did, until she ended their relationship.

Same with the New Mutants, the second group that Xavier started to train in the use of their powers. Of them, only Skids and Rusty never had the chance to move into the Institute:
Karma, Wolfsbane, Moonstar, Sunspot, Cannonball II, Magma, Magik I (Illyana Rasputin), Warlock, Cypher, Boom-Boom, Rictor, Warpath, Shatterstar, Feral

Long after the team had been renamed to X-Force, they briefly returned to Xavier’s when their own headquarters were destroyed. At the time, the team’s line-up included: Meltdown, Cable, Warpath, Siryn, Shatterstar, Domino II, Caliban and Sunspot.

To deal with the rather large students body (far too many to be listed here, but we’ll provide a link, once we have worked out an overview of them), Xavier’s always had some staff and faculty living on the grounds as well. People with special functions would be Dr. Moira MacTaggert, who acted as a housekeeper for a while, school nurse Annie Ghazikhanian, along with her son Carter, physical instructor Stevie Hunter and Tom Corsi and Sharon Friedlander, a former cop and nurse, who were transformed into native Americans during an attack of the Demon Bear.

Other long-term guests include Xavier’s lover, Shi’ar princess Lilandra, and Carol Danvers, while she was trying to get over the loss of her Ms. Marvel powers. Also, when Xavier attempted to rehabilitate him, Sabretooth was held in a special cell in the mansion’s basement.