On a world where Magneto had taken over and enslaved humanity, it was up to Charles and his X-Men to oppose him. Going by the name Savior, he managed to kill Magneto, but not before the master of magnetism destroyed the Earth’s molten core. Millions died immediately and the rest 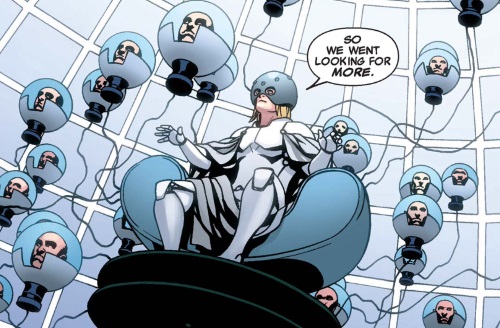 were doomed to die within the year, so the Earth’s greatest minds came up with a solution. Sacrificing their lives, the mutants of the world would power a device to maintain the core. Unfortunately, it was only temporary and more mutants were needed. With the number of mutants running out, Savior looked to the multiverse for a solution and started kidnapping mutants from alternate realities. Hundreds upon hundreds of unwilling mutants were killed to power the device but it all came to an end when they brought Cyclops from Earth 616 to their world. Breaking free, he banded a group of other sacrificial mutants together who killed Savior, putting an end to his schemes.

When Dazzler from Earth 616 teamed up with a group of refugees collected together by Savior’s schemes, they formed the X-Treme X-Men. One of the team was a version of Xavier who had been decapitated and then had his head placed in a life-preserving container. In a bid to save 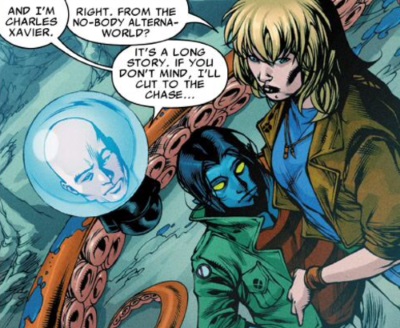 the remains of Savior’s world, he managed to teleport the surviving population to an empty Earth in the multiverse. Somehow, something went wrong and he could feel that the multiverse was damaged. The only way to repair it was to find and kill ten evil versions of himself across the realities. The following versions of Xavier were ones they encountered on their journey and were believed to be the “evil” versions they sought. The team’s bodiless Xavier was apparently classed as one version and Earth 616’s Xavier was also another, although he was dead by this time anyway. Another unseen Xavier was killed on a world where dinosaurs still ruled and the Xavier there was believed to have been one of them. 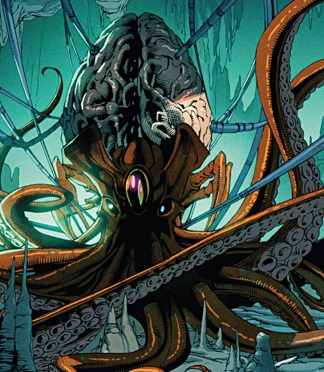 A Giant Squid Xavier was the first one witnessed when Dazzler opened a portal from her world and it puller her through with its tentacles. She met up with the bodiless Xavier and his group and they worked together to kill the squid before it could kill them. 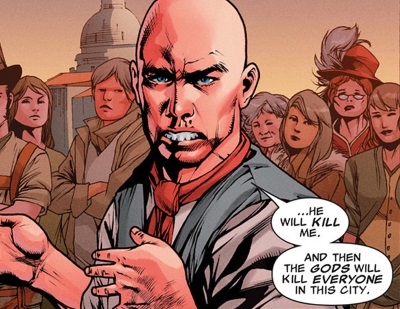 the first world on which the team landed, they discovered a Pantheon of gods made of up X-Men. They angered the gods but found allies in that world’s Steampunk versions of Xavier and Magneto. They soon discovered that it was Xavier who was using his power to manipulate the gods to do his own bidding. Magneto killed Xavier himself, freeing the gods from his sway and allowing them to heal the world they had damaged. 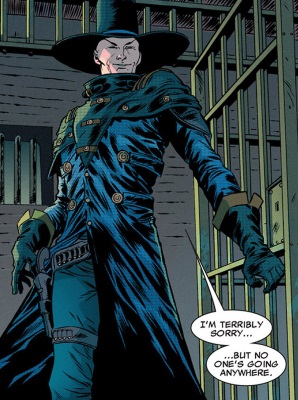 In the next world, they landed in the Wild West and it was much easier to identify the Xavier as being evil, as he had used his powers to coopt a bunch of mutants to be his goon-squad. He had been terrorizing the local town but it all came to an end when the X-treme X-Men became involved. Xavier ended up being killed by the team’s version of Wolverine, freeing everyone from his influence. 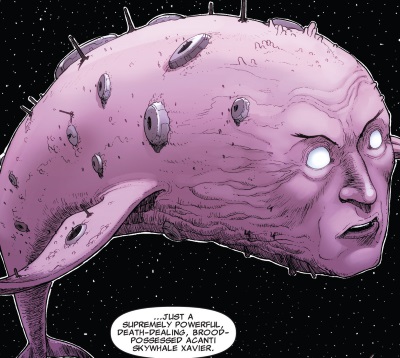 Perhaps the oddest version seen was the Acanti Skywhale Xavier, who had been infected by the Brood and was now unwillingly acting as their ship. Using his immense power, he was forced to jump realities to Earth 616 as the Brood thought it would be ripe for invasion. Wolverine of the X-treme X-Men managed to sneak into the skywhale and killed the Brood controlling him, also condemning Xavier to death as well though. 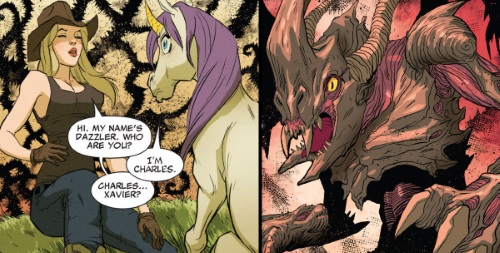 A Demonic Xavier was seen on their next mission, trying to use its power to hide whilst it built up strength. Creating an illusion to disguise himself as a unicorn, he managed to distract the team for a while. His illusions weren’t good enough though and he soon met his end thanks to an alternate version of Dazzler. 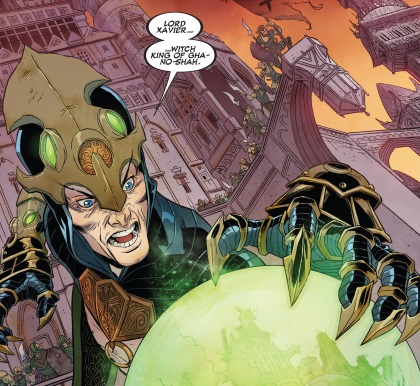 Another magical version was seen on their next world when they team fell prey to Lord Xavier, Witch King of Gha-No-Shah. Using his immense magical and psychic abilities, he proved to be a dangerous opponent, but much like the other Xavier’s before him he was also killed. However, he had one last trick up his sleeve and he jumped his consciousness into the mind of the team’s bodiless Xavier, unbeknownst to the rest of the team.

A Nazi Xavier was seen on the next world, which had been devastated in a war between the 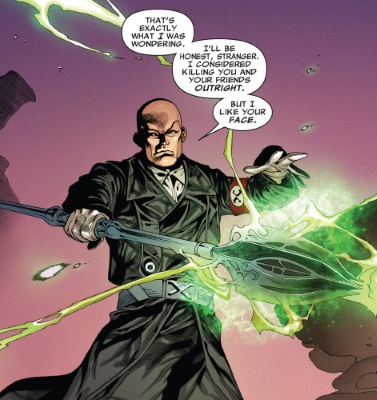 Atlanteans and the surface world. When their king Namor attacked the small pocket of humanity that had managed to survive, the X-treme X-Men reluctantly sided with Xavier. After learning that Xavier had been manipulating and experimenting on the Atlanteans, the team turned on him and killed him. However, he was soon resurrected by the Witch King Xavier, who had been hiding in the bodiless Xavier’s mind. The three of them escaped from the X-treme X-Men and jumped realities to an Ancient Egyptian world. There they attempted to open a portal in a bid to drain the energies on the other side so that they could become all-powerful. Something went wrong though and the energy vaporized the Witch King and Nazi Xavier, leaving the bodiless Xavier free to rejoin his team. The portal didn’t close though and the team had to escape as the whole reality was destroyed. The bodiless Xavier informed them they had failed in their quest and now the multiverse was doomed. They landed in the Age of Apocalypse to discover enormous creatures that existed between realities were now descended upon the world. The bodiless Xavier tried to use his power to destroy them but he became the first victim in a war that would doom the tragic reality.