Pretty soon after his joining the X-Men, Northstar was forced to oppose his old teammates from Alpha Flight in a conflict over a Canadian teenager that had enrolled at Xavier’s. Up to this point, Alpha Flight had not even known that Northstar was back in action, yet alone working with the American based team. While the crisis was temporarily dealt with by the Canadian mutant returning home, the conflict arose anew when Northstar accompanied Juggernaut on a visit to

Vancouver to check on the boy. During the flight tempers were already hot, as the two uneasy teammates entered an argument about homosexuality. Once arrived, both men were shocked to see the mutant kid being beaten up by his father, resulting in Juggernaut starting a fight and Alpha Flight being called to the scene. It only ended when Juggernaut was put on trial in Canada, but cleared of the charges. [Uncanny X-Men​ (1st series) #422, 431-434]

Shortly after they returned to the school, Northstar started teaching the newer students; for example, he tutored a flight class. Also, he was picked as personal advisor for several students, but while he was trying to be fair to the students, he was not that popular among them for his strict and stern attitude. Some of them even asked to be assigned to another personal instructor. [New Mutants (2nd series) #2, 7-8]

With Xavier heading to Genosha and several senior X-Men returning back home, the school’s new headmaster, Cyclops, shuffled the rosters of the three different X-Men groups somewhat, Northstar being among none of the line-ups. Despite him never having wanted to be on active duty that much and not having formed too many personal relationships with any of his teammates, Jean-Paul seemed somewhat annoyed by being “downgraded” to a mere teaching position. [X-Men (2nd series) #157] 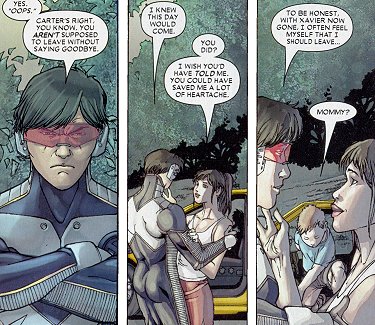 Following several attacks on the mansion, Nurse Annie considered the place too dangerous for her and her son and decided to leave. While saying good-bye to whom he considered his closest friend at Xavier's, Northstar confessed that he too considered leaving the school, as it didn’t feel right for him with Professor Xavier no longer around. However, an attack by the Brotherhood convinced him otherwise. When Black Tom Cassidy killed one of the kitchen staff, laughing that the X-Men wouldn’t even recall her name, Northstar proved him wrong. He knew her not only on a first name basis, but also her background, showing that he connected with a whole lot of people at Xavier’s and possibly even cared more for the staff and the students than some other X-Men did. The incident made Jean-Paul realize that Xavier’s school still had a purpose to fulfill and that he wanted to provide other mutants with a safe haven and hope for a better future. [X-Men (2nd series) #163-164] He then fully devoted himself to being a teacher and supervised his own training squad, the Alpha Squadron. 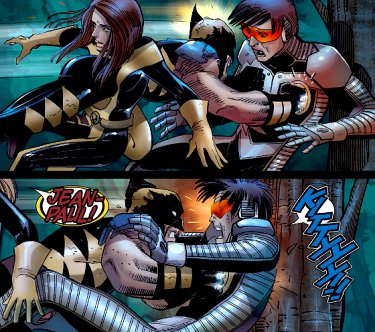 Perhaps, though, it would have been better if Northstar had quit. A couple of weeks later, Wolverine was captured and brainwashed by the Hand, who turned him into their prime assassin. As Logan went on a killing spree, slaughtering numerous super-heroes and villains alike, he also came to the Xavier estate, where he gave the X-Men a run for their money. While searching the woods for their brainwashed teammate, Northstar argued with Shadowcat on how to deal with Logan, should they ever catch him. When Wolverine suddenly jumped on them, Shadowcat instinctively phased, and Logan’s claws penetrated Northstar’s chest instead, as he was standing behind her. Jean-Paul was killed instantly. [Wolverine (3rd series) #25]

Before the X-Men could bury their fallen teammate, his corpse was retrieved by operatives of the Hand, just like the bodies of many of Logan’s other victims. They had a means of resurrecting these people and exposing them to the same procedures as Wolverine before, turning them into their own super-powered assassins. The X-Men chose not to tell Northstar’s students that his body had been stolen, and rather held a touching memorial service for the devoted mentor and teacher that Northstar had been recently. [Wolverine (3rd series) #26, New X-Men: Academy X #13]

Wolverine was eventually captured by S.H.I.E.L.D. but, by the time that he overcame his brainwashing, the Hand had already gathered an entire army of undead superhumans. Despite the brainwashing, Jean-Paul had lost none of his tactical skills and, together with Elektra, he led the other assassins during an assault on the S.H.I.E.L.D. Helicarrier and several other of the agency’s stations all over the world. Blaming himself for what happened, Wolverine vowed to take down each and every single person that had ended up in the Hand’s service because of him. For

that purpose, he deliberately let himself be captured by Northstar and his mutant death cult, Dawn of the White Light - though it was only a ruse to lead a number of Sentinels on their trail. Equipped with a cloaking device, Logan was invisible to the Sentinels and free to do what he deemed necessary, while the assassins were fighting for their very lives against the mutant-hunting robots. Northstar was seriously injured during that fight and ended up in S.H.I.E.L.D. custody. [Wolverine (3rd series) #27-28]

At a secluded holding facility in Alaska, Northstar was strapped to a virtual reality device, with S.H.I.E.L.D. scientists running certain simulations and scenarios designed to re-program his mind. Whereas they had been successful with Wolverine, Jean-Paul did not respond to the treatment, despite the fact that every hour in the simulator equaled one month of subjective time for Northstar. 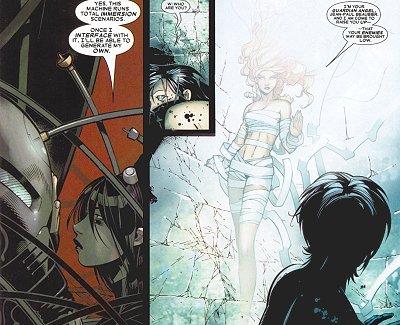 A few months later, the station was attacked by the Children of the Vault, a newly-emerged post-human sub-species. One of them was able to interface with the virtual reality device and, using her illusion-based powers, she was able to manipulate Northstar’s mind. Having lured him to their side, the Children also tracked down his suicidal twin sister, Aurora, and brought her under their control as well. Next, they slightly altered the twins’ powers, adding a concussive element to the dazzling burst of light they created upon touching each other. With this new ability, Northstar and Aurora were sent to surprise-attack the X-Men and, if not for the timely arrival of Cable, Northstar might have indeed killed several of his former teammates. [Wolverine (3rd series) #31, X-Men (2nd series) #189-190]

Once the X-Men had dealt with the Children of the Vault, they started to look for a way to undo the brainwashing of Aurora and Northstar. They asked S.H.I.E.L.D. for permission to use their virtual reality device in combination with the telepathic powers of Cable and Emma Frost, to make 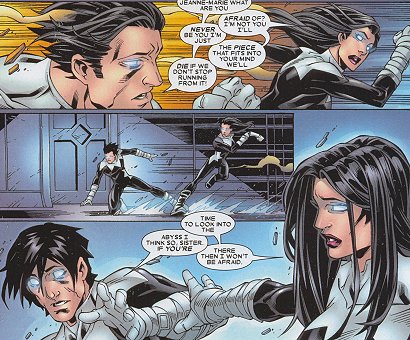 Northstar and Aurora relive their entire lives, memory by memory, though without the psychic fault lines. However, halfway through the process, the X-Men were attacked by Exodus and the experiment apparently misfired, resulting in a mind-meld between Northstar and Aurora. When they woke up, they found that they were thinking each other’s thoughts and that they were more like one person with two minds, rather than separate individuals. Panicking, they tried to run away, only to realize they couldn’t outrun each other. The twins then faced their fears and linked hands, creating another one of their light bursts. In the past, this aspect of their powers had been shown to possess some healing capabilities, and it worked this time as well, restoring brother and sister to their rightful selves. [X-Men (2nd series) Annual (2007) #1]

Northstar returned to Canada, but he still responded when the X-Men needed his help. Not all the missions were easy, however. After the team temporarily disbanded, Jean-Paul went out to check on his former student, Anole, back home in Illinois. Victor hadn’t forgiven Northstar for attacking him while under the influence of the Children, and broke his nose rather than listen to his “advice.” [X-Men: Divided We Stand #1] Still, Northstar responded to a call for aid sent to all X-Men reserves when the Skrulls invaded Earth. The X-Men had reestablished themselves in San Francisco, and defended their new home from the invading aliens. Northstar and Aurora were among those who joined the fight. [Secret Invasion: X-Men #2]