At first glance, the original Age of Apocalypse event had little effect on the main Marvel Universe since the AoA reality was apparently destroyed and everything returned to normal.

A few characters crossed over from the Age of Apocalypse to Earth 616 or were rescued from the apparent oblivion by other means. The presence of these characters in the main reality has created several significant repercussions. These effects and the subsequent influence of the displaced AoA characters are described below: 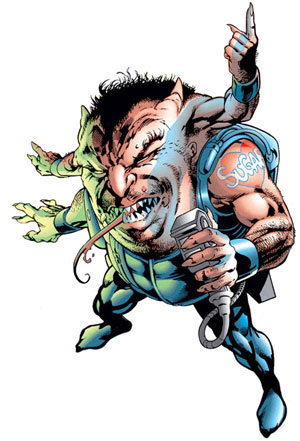 The Sugar Man secretly entered the M’Kraan crystal in X-Men Omega. He emerged 20 years in the past and, since then, has made his way to Genosha. Hidden in a secret lab in the mountains, he served as a secret benefactor to the Genegineer, who claimed to have invented the mutate bonding process. The Sugar Man apparently fled when Cable and some of his allies uncovered his base. [Cable (1st series) #26-28] It is unknown at what point exactly he returned, but the Sugar Man resurfaced in Genosha following the attack of the Sentinels. He was discovered lurking in the catacombs beneath Hammer Bay, and he was seemingly killed in battle by Callisto and Karima Shapandar. [Excalibur (3rd series) #10] He somehow survived and was captured by Norman Osborn during his rise to power after the fall of SHIELD. When Osborn was defeated the Sugar Man escaped and found a newly resurrected Nate Grey. He experimented on him but was defeated by the New Mutants. [New Mutants (3rd series) #26-27] The Sugar Man teamed up with Dark Beast and made it back to the Age of Apocalypse where he helped Weapon Omega resurrect a number of deceased mutants. Since Omega’s defeat the Sugar Man has been helping out Lady Penance bring order to the ravished world. [Age of Apocalypse #1-14] The Sugar Man was later killed when Magneto came looking to him for help with his powers. After getting a device to amplify his abilities, Magneto impaled the Sugar Man with numerous metal pipes. [Magneto (3rd series) #19] 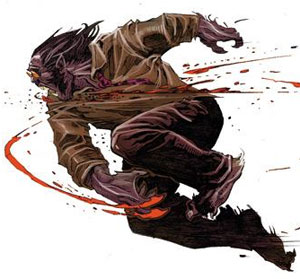 The Dark Beast too escaped into the M’Kraan crystal in by using a transportation platform. [X-Men Omega] Materializing 20 years in the past, he was somewhat amnesiac, but an encounter with a very young Emma Frost helped restore his memory, and also provided him with the means to continue his secret experiments. [Generation X #minus 1] Although this alliance did not last, McCoy found other mutants to exploit, as he modified many of the Morlocks in his secret labs. These experiments are the actual reasons for the Mutant Massacre. Dark Beast had learned genetics from his reality's Sinister, close enough for the 616 universe's Mr. Sinister to notice the Morlocks' modifications as unauthorized use of his own theories, so he had his Marauders kill them. [Cable (1st series) #28] Still, enough of them survived and later became Gene Nation, another group under the Dark Beast’s control, just like the Brotherhood. For a time, Dark Beast even infiltrated the X-Men, with the real McCoy locked away in a prison. However, when Onslaught arrived, he revealed himself and tried to ally up with the villain. Following this, the Dark Beast was seen scheming in his secret labs in the Morlock tunnels, experimenting on Callisto and happy that Marrow was part of the X-Men. [X-Men (2nd series) #74, 79] When Marrow left the X-Men months later, the Dark Beast apparently abandoned his plans for her. He later resurfaced in Genosha where he hired a band of mutant mercenaries to acquire technology and resources from the island nation following the devastating attacks of Cassandra Nova’s Sentinels. His scheme was thwarted by Charles Xavier, Magneto and their band of followers. Rather than rot in prison in Genosha, McCoy agreed to work with the eclectic group of mutants towards rebuilding Genosha. Despite his pledge to aid them, McCoy clearly had his own agenda in mind as well. [Excalibur (3rd series) #5-12] McCoy drifted in and out of the X-Men’s life over the next few years either as an adversary or a reluctant ally. He even managed to make it back to the Age of Apocalypse where he helped Weapon Omega in his bid to wipe out the remaining humans. [Age of Apocalypse #1-14] After the Phoenix Force corrupted five of the X-Men he infected them with nano-technology that made it seem their powers were now broken. Working behind the scenes he orchestrated a war between Cyclops group of X-Men and SHIELD. He revealed that he was dying of an incurable disease that he caused by experimenting on himself. He tried to kill the X-Men with a bomb but ended up killing himself instead. [Uncanny X-Men (3rd series) #22] 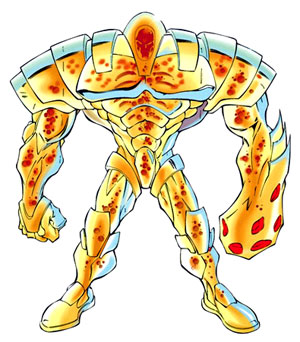 When X-Man rammed a fragmented of the M’Kraan crystal into Holocaust’s chest [X-Men Omega], both combatants vanished and materialized in the main Marvel Universe in the present. Holocaust appeared in earth’s orbit, where he was found by the Acolytes of Magneto’s space station, Avalon. Still unaware of what had really transpired, Holocaust mistook Exodus for an X-man and destroyed the entire station. [X-Men Prime, X-Men (2nd series) #42-43] Down on earth, he allied with Sebastian Shaw, until he received a better offer from Onslaught. [X-Force (1st series) #50, X-Man #16-17] He clashed with X-Man several times and was still on the loose when he was conscripted by the mysterious Timebroker and forced to join the reality-hopping Exiles. His first mission returned him to the Age of Apocalypse where he briefly battled the X-Men before capturing the M’Kraan Crystal. He and the Exiles used the Crystal to travel to the Timebroker’s headquarters and confront him head-on. There, the Exiles learned the true nature of the Timebroker and discovered that the creatures responsible for the Timebroker’s creation were now under the dominion of a twisted and evil Hyperion. In the ensuing battle for their freedom, Holocaust’s energy form was completely absorbed by the evil Hyperion. [Exiles (1st series) #60-62] 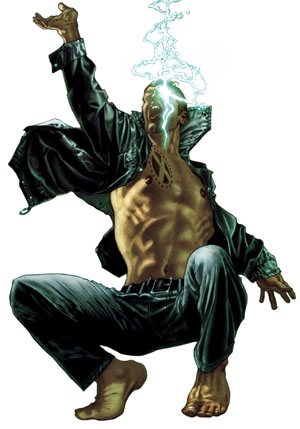 Nate Grey too arrived on earth’s orbit and fell to Earth in Switzerland. Confused and disoriented, Nate reached out with his powers for a friendly person and accidentally provided the psionic ghost of Madelyne Pryor with a new body. [X-Men Prime, X-Man #5] Time and again, X-Man found himself targeted by the other AoA refugees Sugar Man, Dark Beast and Holocaust, or manipulated by Madelyne. Nate also found love in Threnody, but she was killed by the redhead. [X-Man #25] Later on, X-man temporarily joined the X-Men, and afterwards decided to become earth’s shaman, defending "his tribe" from outside threats. Finally, Nate discovered that an alien had been preparing the planet for harvesting by his race in outer space. Since this Anti-Man had already interweaved his own energy with every living being, Nate could not simply kill the alien. Instead, he discorporated both the Anti-Man and himself into pure energy that was dispersed through the Anti-Man's net into every being on Earth. [X-Man #75] He eventually returns to life again but is captured by Norman Osborn and his Dark X-Men. After Osborn is defeated he is captured again, this time by the Sugar Man. He is saved by the New Mutants and drafted into their team. [New Mutants (3rd series) #26-27]